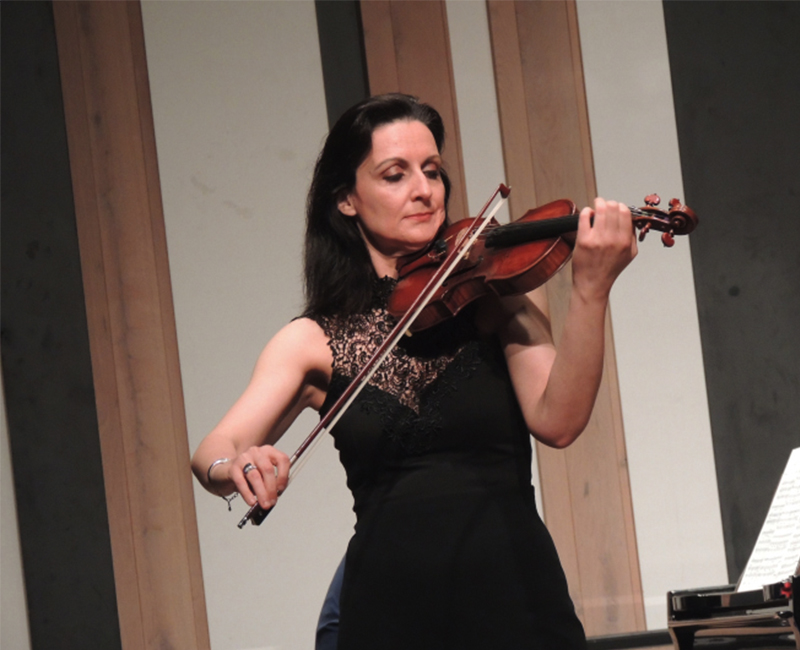 Violin
VIRGINIE ROBILLIARD
Young Laureate of the Long-Thibaud International Violin Competition and the... 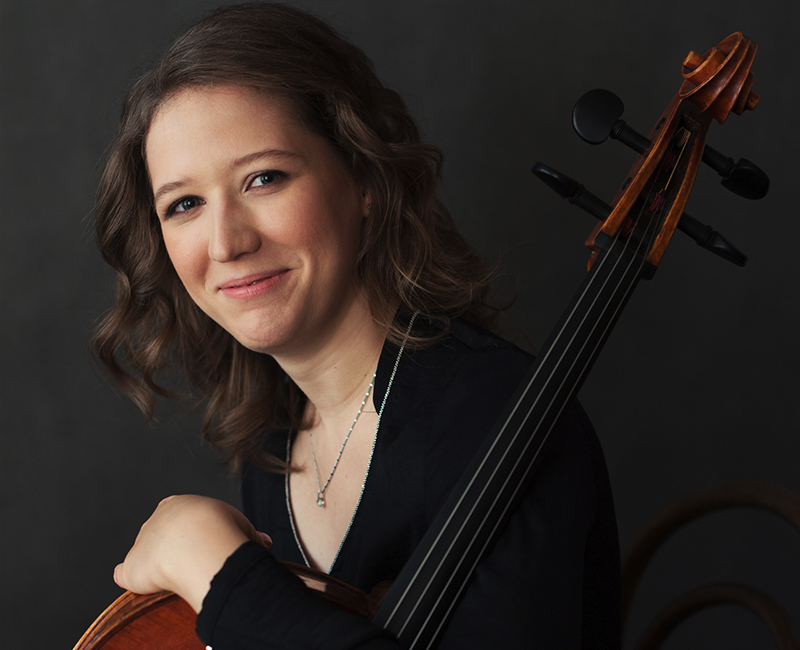 Cello
ILDIKÓ SZABÓ
Acclaimed for her musical intellect and imagination coupled with technical... 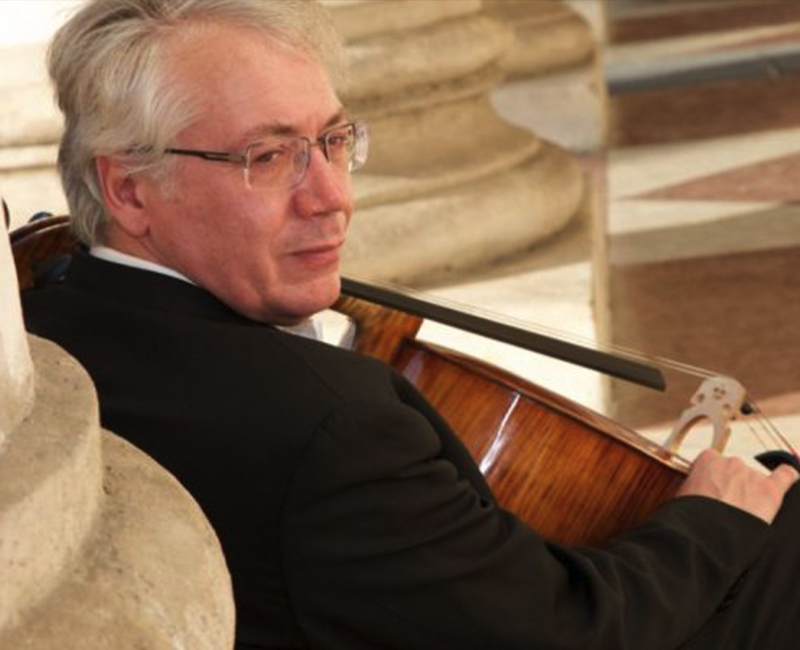 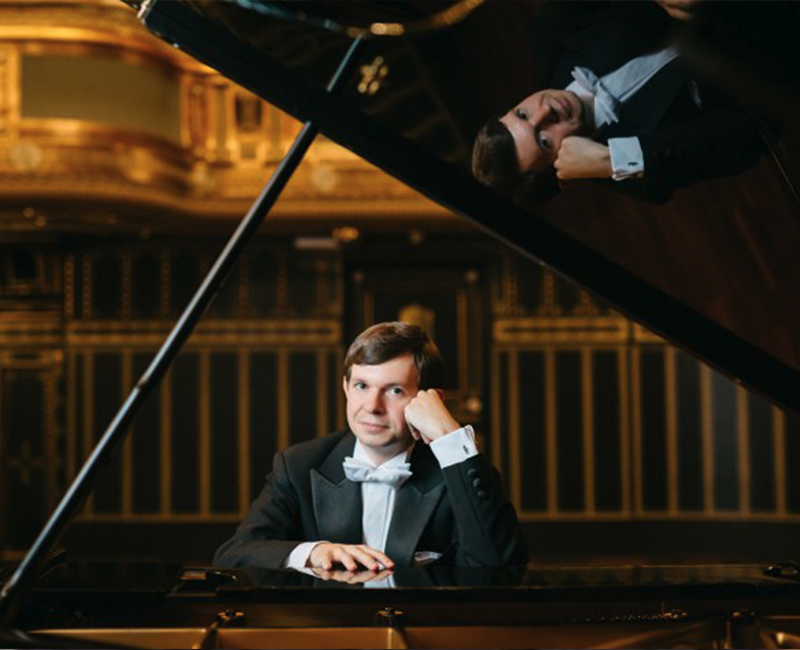 Piano
ISTVÁN LAJKÓ
István Lajkó started his music studies at Ágnes Lakatos, then he was a student... 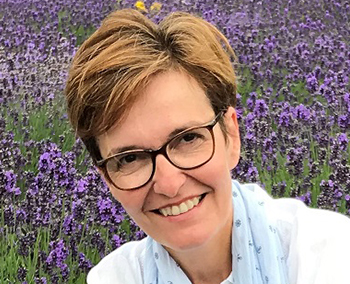 Piano Accompanist
KOVALSZKI MÁRIA
Pianist, born in Marosvásárhely. At the age of 10 she was accepted as a pupil at the Ferenc Liszt Academy of Music.

Young Laureate of the Long-Thibaud International Violin Competition and the International Violin Competition of Indianapolis, including special prizes for the best performances of Bach’s Chaconne and Rochberg’s Rhapsody and Prayer. Virginie Robilliard has performed with orchestras such as the St. Petersburg Symphony Orchestra, the Orchestra Philarmonique de Radio-France, the Simon Bolivar Orchestra, the Indianapolis Symphony Orchestra among others…

She made her New York debut at the age of 19, in a critically acclaimed performance (The New York Times) of Bartók’s Violin Concerto No. 2, conducted by Stanislaw Skrowaczewski at Avery Fisher Hall. Miss Robilliard’s international career has included appearances in Asia, Latin America, Europe, Canada and the United States, she is regularly invited to give master classes all over the world.

Born from a family of musicians, Virginie Robilliard gave her first public concert at the age of five. She was awarded First Prize by the Conservatoire National Supérieur de Musique de Lyon at seventeen, and she graduated from the Juilliard School in 1993, as a student of Dorothy Delay.

Virginie Robilliard is professor at the Haute Ecole de Musique in Lausanne Switzerland since 2015.

In 2007 world renowned cello virtuoso János Starker attested to the exceptional talent and budding international potential of fellow Hungarian cellist Ildikó Szabó. In the mean time Ildikó Szabó has lived up to this claim. She has won prizes at 16 international competitions based in Europe, including at the International Pablo Casals Cello Competition (Hungary) in 2014 at which she won a total of eight prizes.

“Her technique is impeccable (...) She has proven herself a true artist who utterly enjoys being on stage and manages to perform to the absolute best of her capabilities in front of an audience”, says Iván Fischer who on multiple occasions has engaged Ildikó Szabó for soloist performances with the Budapest Festival Orchestra. In addition to the aforementioned ensemble, she has performed alongside the Hungarian National Philharmonic, the Concerto Budapest, the Porto Symphony Orchestra, the Magdeburgische Philharmonie and the Hamburg Symphony Orchestra.

Ildikó stems from a renowned Hungarian family of great musical tradition: her grandfather Csaba was active as a composer and musicologist; her father, Péter, currently holds the position of Solo Cellist with the Budapest Festival Orchestra. From the age of 11, Ildikó studied with László Mező in Budapest and attended master classes with János Starker, before switching to Jens Peter Maintz in Berlin in 2011. Since 2018 she has continued her studies in Weimar under the guidance of Wolfgang Emanuel Schmidt, who has meanwhile promoted her to the position of teaching assistant: “Her technique is impeccable, her sound is warm and flexible and she feels at home in all musical styles from baroque to contemporary music. Her interpretations are both intelligent and heartfelt.”

Ildikó Szabó’s strong connection to Germany - she currently resides in Berlin - draws on a series of competition successes and grants which include the TONALi Grand Prix Hamburg (2012) as well as scholarships of the German Academic Scholarship Foundation (since 2013) and the German Music Competition (2016). Her 2017/18 season encompassed over 30 recitals across Germany, including in the Konzerthaus Berlin - an event to which she was invited by her mentor Alfred Brendel. She has also performed at the Festival in Mecklenburg-Western Pomerania, the Rheingau Festival, the Heidelberger Frühling and the Schleswig-Holstein Music Festival. Previous international appearances include at the Verbier Festival, the Piatigorsky International Cello Festival Los Angeles, the International Bach Festival in Las Palmas, the Chamber Music Festival Krzyżowa- Music in Kreisau, Poland, and the Menuhin Festival Gstaad.

Szabó has a particular passion for Hungarian and Transylvanian repertoire. To this end she has developed and cultivated personal relationships with György Kurtág and Péter Eötvös. Her discography reflects said affinity: her debut CD, titled “Dance of the Eleves” (2008) and recorded at the age of 14 was succeeded by a recording (2014) of the Double Concerto for Two Cellos Op. 69 by the Hungarian late Romantic composer Emánuel Moór. Her newest album “Heritage” (2020) - which was nominated for the German Record Critics’ Award - features an exploratory journey of her musical roots and includes world premiere recordings of works by György Kurtág and Csaba Szabó, her grandfather, who passed away in 2003. Her advocacy of contemporary repertoire is further highlighted by her involvement in numerous premiere performances, including the Budapest premiere (2019) of the Cello Concerto by Miklós Rózsa. At the CAFe Budapest Contemporary Arts Festival 2020 she introduced audiences to the novel compositions of Csenge Mihalicza and Petra Szászi.

Ildikó Szabó has performed in numerous internationally acclaimed concert halls including the Mariinski-Theater St. Petersburg, the Auditorio Alfredo Kraus in Las Palmas, the Elbphilharmonie and the Laieszhalle in Hamburg, the Concertgebouw Amsterdam, the Walt Disney Hall in Los Angeles as well as the Franz-Liszt Musikakademie and the Palace of Arts Budapest. She has performed under the batons of conductors including Iván Fischer, Michael Sanderling, Luciano di Martino and Zsolt Hamar. She has cooperated with virtuosos such as Arnold Steinhardt, Ferenc Rados, Viviane Hagner, Volker Jacobsen, Claudio Bohórquez, Clemens Trautmann and Dénes Várjon on numerous chamber music projects.

Since 2020 Ildikó Szabó has continued her studies at the Kronberg Academy with Wolfgang Emanuel Schmidt. Her studies there are made possible by the Christa Verhein Foundation. She currently plays an Antonio Sgarbi cello (Rome, 1894) which, since 2013, has been on loan to her by the German Fund for Musical Instruments.


Péter Szabó is the principal cellist of the world-famous Budapest Festival Orchestra. He studied at the Music Academy in Cluj, then at the Ferenc Liszt Academy of Music in Budapest as a student of László Mező, Ferenc Rados and György Kurtág.

Péter Szabó is a prize – winner in several competitions including the National Competition in Romania and the “International Competition Markneukirchen” in Germany. Péter Szabó was awarded with a “Special Prize” from the “International Association of Musicologists” (IMS) in Geneva in 1994. He was awarded the Hungarian Classical Award of the Gramophone Magazine for the “Best Hungarian Classical Music Performer of the Year“. As a member of the World Orchestra for Peace – founded by Sir George Solti, he was awarded the UNESCO Artist for Peace title by the United Nations Educational, Scientific and Cultural Organization.
In 2011 Péter Szabó has been awarded the Franz Liszt Prize, one of the most prestigious prizes for artistic accomplishments given by the Hungarian State. He was also awarded with the Lajtha Prize for his outstanding interpretation of László Lajtha’s compositions. As a soloist and member of chamber music ensembles he has given concerts in Europe, Latin America , Far East and United States.

He has finished the edition of the Pleyel Cello Concertos for Simrock (Boosey & Hawkes) Edition Company. He has discovered the manuscripts of these outstanding Cello Concertos and composed the cadences, made the piano reductions. As a professor Péter Szabó has given masterclasses all over the world: at the European Mozart Foundation founded by Sándor Végh , at the iClassical Academy, at the University of Sao Paulo, The Juilliard School, etc. He is currently also a lecturer at Leó Weiner Conservatory of Music. Péter Szabó is the artistic director – together with Michael Gieler– of The Bach Bridges Festival at the Budapest Music Center which is a collaboration between musicians of the Budapest Festival Orchestra and their colleagues of the Royal Concertgebouworkest Amsterdam .


István Lajkó started his music studies at Ágnes Lakatos, then he was a student of Sándor Falvai and Balázs Szokolay and graduated with honors in 2007 from the Liszt Ferenc Academy of Music. Then, in 2014, he received a doctorate in summa cum laude. Mr. Lajkó has won a number of prestigious prizes home and abroad: He won the Béla Bartók Prize in the competition of the International Summer Music Academy of Baden, he is also winner of the Yamaha scholarship. He won First Prize in the Andor Földes Piano Competition. In 2010 he was awarded the Junior Prima Prize in the category of Hungarian Music. Mr. Lajkó has performed in Austria, Slovakia, the Czech Republic, Romania, Serbia, Croatia, Slovenia, Germany, Italy, Belgium, the Netherlands, Russia, China and the United States and several cities in Hungary.

In 2008, 2010 and 2013, he was selected as a soloist on the New Masters on Tour at the International Holland Music Sessions and four times as a member of the Summer Festival faculty. In 2017, he received an honorary concert from the Liszt Ferenc Academy of Music in Weimar, where in 2013 he was also an assistant to his teacher, Balázs Szokolay. During his studies, he also received a postgraduate art scholarship from the German DAAD organization. He is currently an associate professor at the Liszt Ferenc Academy of Music and a senior lecturer at the Cologne College of Music and Dance.


Ágota Lénárt is a pianist, an excellent accompanist/repetiteur and professor. Born in Nagyvárad (Oradea), she studied music at the Cluj Academy of Music, where she graduated with honors in 1985. In 1983 she attended Weimar Master Classes with Bernard Ringeissen, and since 1989 she has been an active and passive student at the International Bartók Seminar and Festival in Szombathely for several times. For two years she studied with prof. Ferenc Rados. She performed in such acclaimed halls like the Salzburg Mozarteum, the Teatro al Fenice in Venice, the Ateneul Roman in Bucharest, the Palace of Arts in Budapest, the Hungarian Academy of Rome, the Franz Liszt Academy of Music, the Vigadó and the Marble Hall of the Hungarian Radio. She won prizes in numerous music competitions, most recently at the Zathureczky Memorial Competition, where she won the special award from the Budapest Pedagogical Institute. She recorded with Ildikó Szabó the album “Dance of the Elves” for Hungaroton record company. She is currently the Vice-director of the Leó Weiner Music School and Music High School in Budapest.


Pianist, born in Marosvásárhely. At the age of 10 she was accepted as a pupil at the Ferenc Liszt Academy of Music. She has participated in numerous master courses (György Sebők, Tamás Vásáry, Dmitrij Bashkirov, András Schiff and others). In 1989 she won first prize in the Budapest Leó Weiner Chamber Music Competition. She teaches at the Ferenc Liszt University of Music, is a popular chamber partner for leading soloists and a regular guest at prestigious European festivals. In 2018 she got Liszt Ferenc-prize.